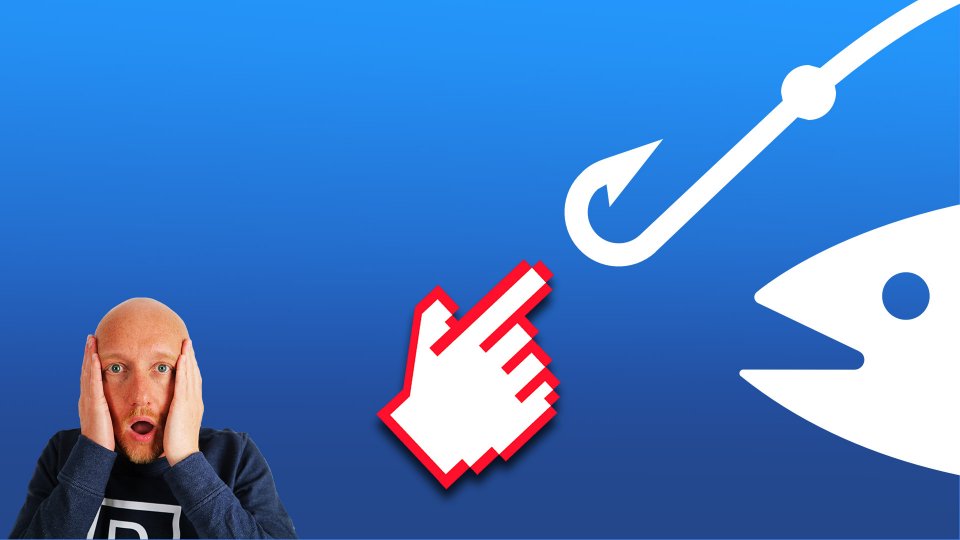 Written by: Dexxter Clark, 31-01-2020
In short: Clickbait is not meeting the expectation of the viewer.
I had my fair share of clickbait struggles with my videos, so by now I can tell you exactly what you should and shouldn’t do.
For us as creators, more importantly: How does YouTube detect clickbait?
In this article I talk about it.
I added also two real world examples from my own YouTube channel to this article.

According to Wikipedia:
Clickbait is a form of false advertisement which uses hyperlink text or a thumbnail link that is designed to attract attention and entice users to follow that link and read, view, or listen to the linked piece of online content, with a defining characteristic of being deceptive, typically sensationalized or misleading.
Source: https://en.wikipedia.org/wiki/Clickbait

When a title and / or thumbnail doesn’t represent the video well, it is called: clickbait.
In other words: the viewers expectation is not met when he (or she) clicked on the video.
For example: the thumbnail of a video shows a bikini girl posing on a sports car, when in the video is actually a guy in his 60’s telling about the latest funeral cars.
People click on the thumbnail because they want to see the bikini girl or the sports car (or both), but instead get a saggy old dude and a grim funeral car.
Would you be pissed? I would, because I couldn’t give less about cars 😉

In the early YouTube years, it’s was all about clicks.
Clicks where king, the more clicks you had, the popular you were.
Clickbait was the order of the day, because there were no penalties.
Over the years the algorithm got smarter, it shifted from clicks to watch time minutes as reward for success.
(Watch time minutes is the amount of minutes that is watched of a video).

The thought behind this is: If viewers are watching a video longer, it must good.
This turned out the be the “best” way to prevent clickbait, because people had to actually watch the video in order for it to become popular.

By using the watch time and Click Through Rate (CTR) metrics the algorithm can determine if a video title and thumbnail are clickbait.
If the watch time is bad, YouTube stops promoting the video entirely.
So the penalty for using clickbait titles and thumbnails is quite high.

There is a fine line between a catchy title for your YouTube video and clickbait.
Finding that balance between lying and being honest in representing the video is sometimes challenging:
Lying a little bit drives views, being completely honest does not.
Where that honesty line is, differs from person to person.

Let me give you example of honesty vs. lying.
I made a video about the start and cue button on a club standard DJ player.
The honest title would be “Player X play & cue button tutorial”.
The play and cue button are basic functions every media player, so the video had a huge potential to tank very quickly.
Because the previous videos about the player had honest titles, and were not doing well, I decided to spice up the title.

The new title I wrote was: “The dirty secrets of the cue and play button on player X”.
On the thumbnail I pasted a graphic of “top secret” and my photo was me putting my index finger for my mouth (implying that you had to keep quiet).
The video performed better than the previous released videos on far more interesting functions of the player.
The audience retention was over 50%!

Although I technically lied in title and thumbnail (there was not a single secret in the video) people were interested enough to go over the 50% audience retention.
YouTube did not perceive the video as clickbait, because people kept watching.
People keep watching is all that matters for YouTube, it keeps viewers on the platform and YouTube can sell more ads.

How you can craft a catchy video title?
I wrote an article about it: 10 Sure-fire YouTube video title ideas that actually work
Or try thefree video title generator on this website

A real world example: on the edge

I have made a video where I balanced on the edge of clickbait.
It was a video about a sound card.
In the video I reviewed a sound card and asked the question: “is it any good for the low price?”.

The conclusion of the video is: yes, the sound card delivers tremendous value for it’s price.
The CTR is only 3%, the audience retention is 39%, so in the eyes of YouTube the video is not clickbait.
After a few nasty comments about the clickbait thumbnail, I did a poll in the video, with a very interesting result:

75% of the viewers “pollies” perceived the thumbnail as clickbait, yet almost 40% of people watch the video all the way to the end.
The audience retention on the video isn’t great, but it isn’t bad either.

There is a huge overlap between the people that keep watching and still clicked ‘yes’ in the poll.
If people were really pissed by the fact that I “lied” about the contents of the video, why did they keep watching?

Over the years I’ve learned that a lot of people don’t put their money where there mouth is.
You have to look at what people do and not what they say.
In this case, that is proven by statistics. 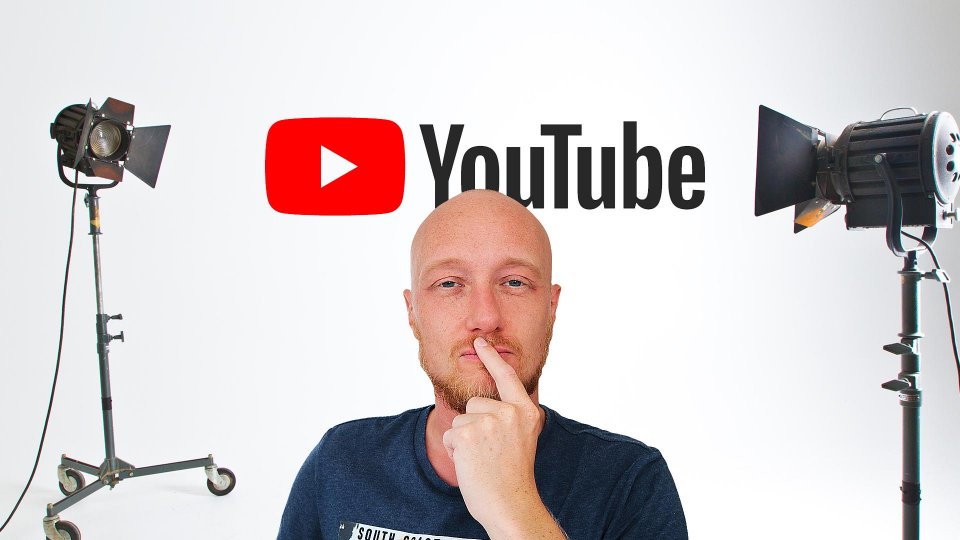 Absolutely not! If anyone tells you otherwise, they are wrong. 2020 is perfect to start a new YouTube channel. 2020 is even better than next year! Fear of starting YouTube  Most ... 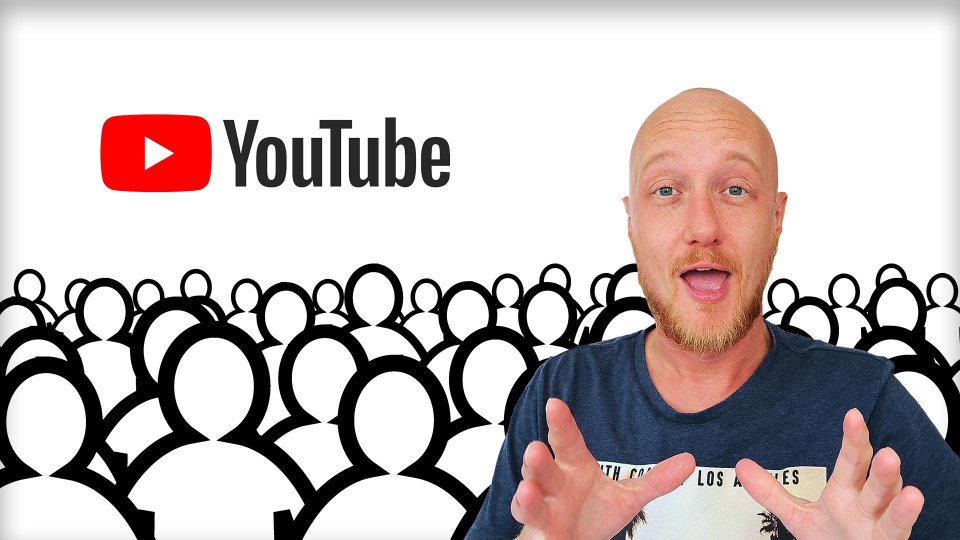 We all want more views on Youtube, if it’s 2020 or it’s next year. But getting there requires some tactic and blindly posting video after video on YouTube won’t get you there. The ... 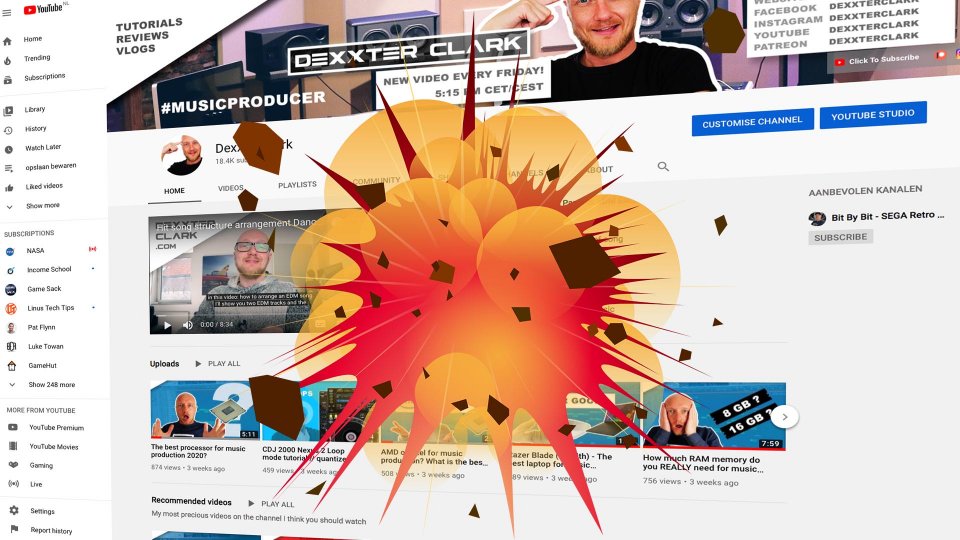 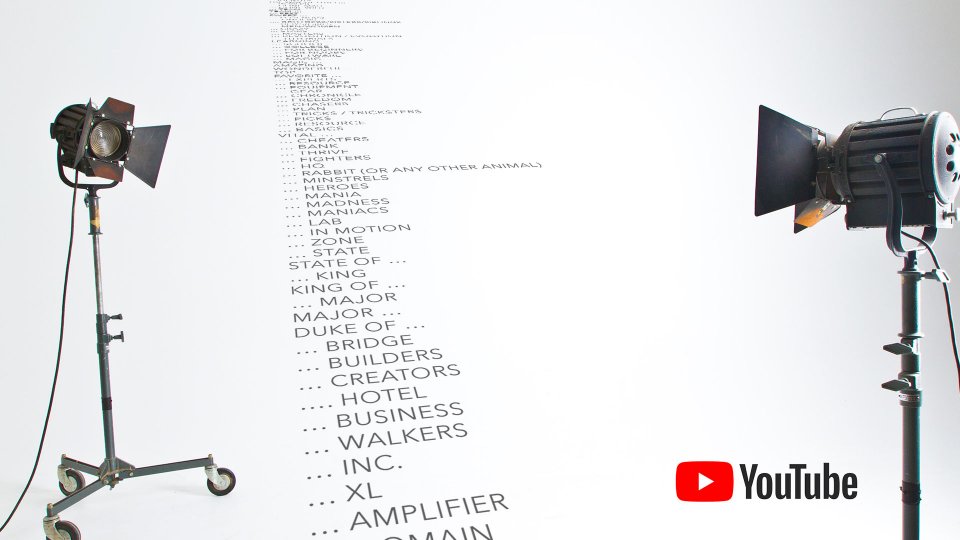 By now you probably googled your way to tens (if not hundreds) of websites with tips on how to choose a proper YouTube channel name. The problem however is, the tips are basically all the ... 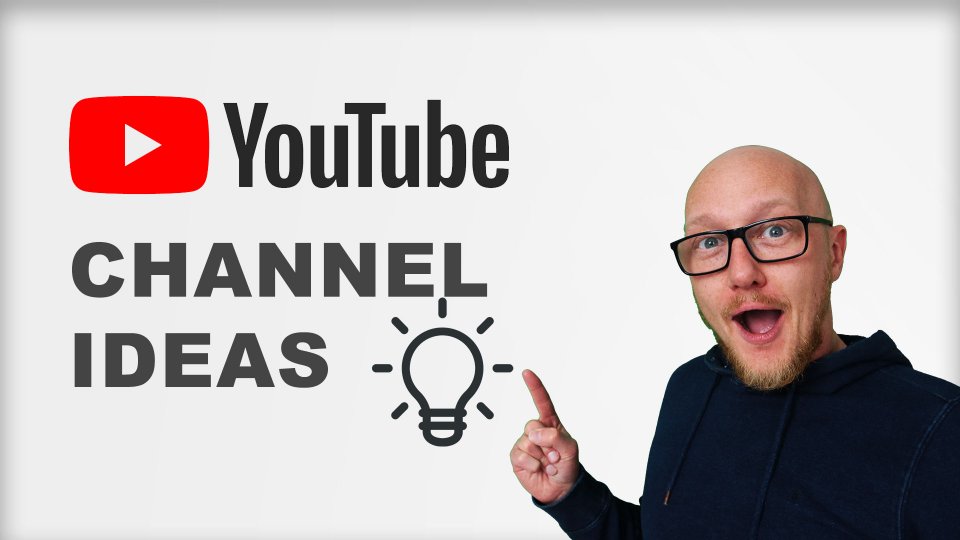 In this article I describe a path in five easy actionable steps to find the perfect YouTube channel idea in 2020. Not a list of what you should (or shouldn’t) do, because that works counter ... 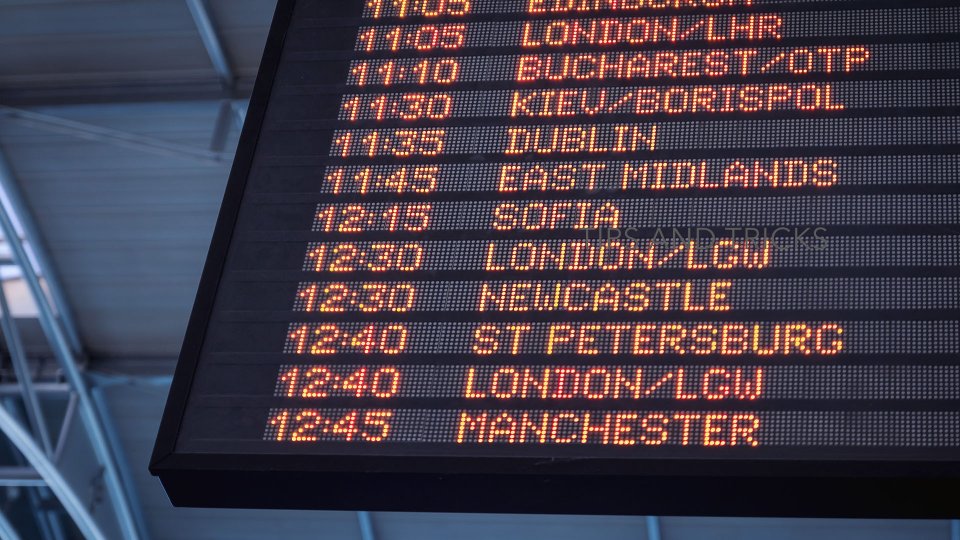 The best time to publish a YouTube video in 2020 (+timetables) 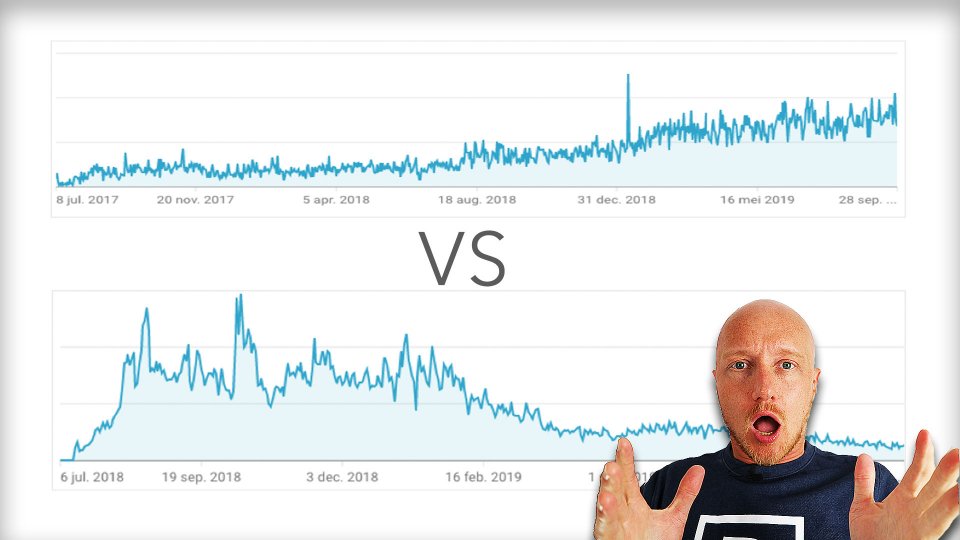 How to get more subscribers on YouTube? Evergreen videos! 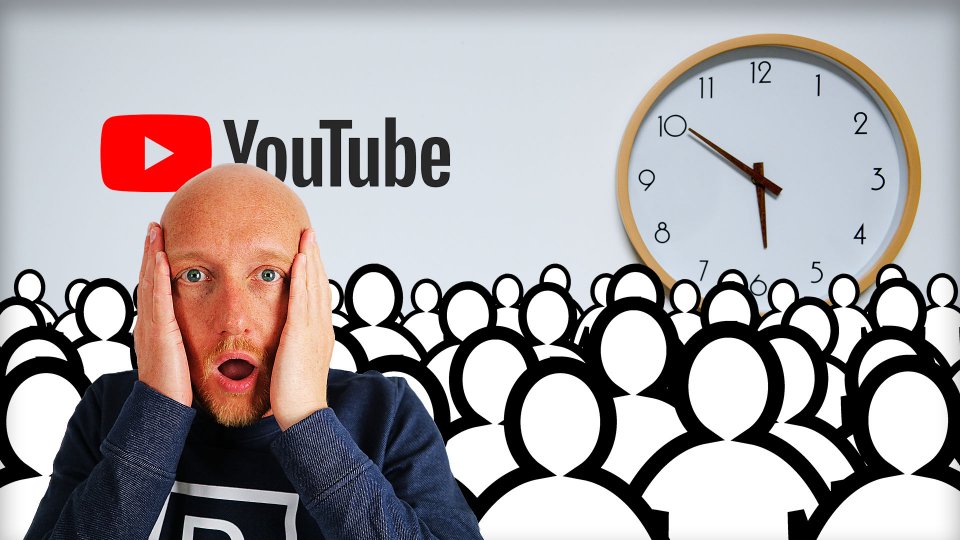 How long does it take for a youtube video to get views? 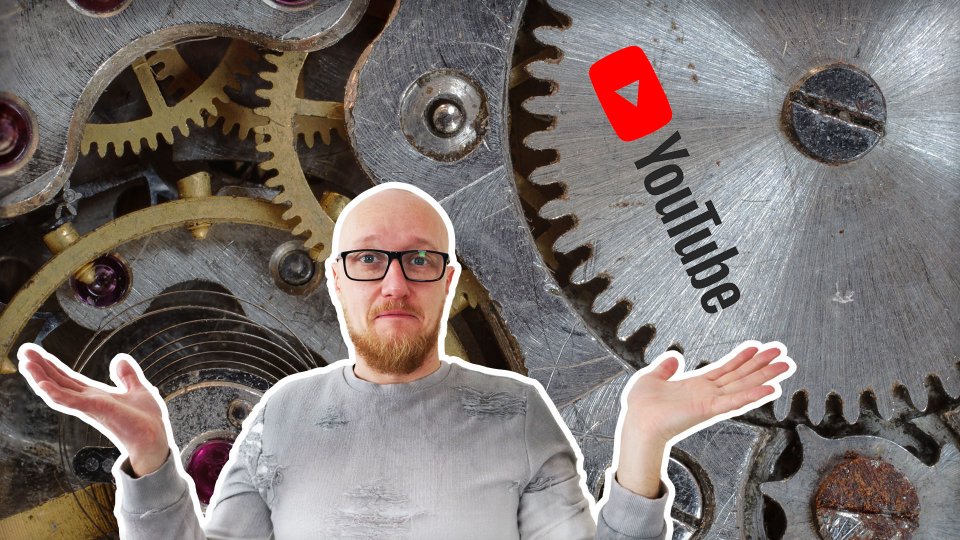